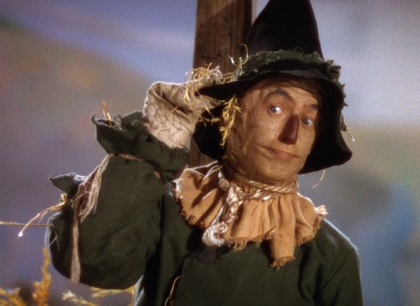 While television was originally seen as a rival to motion pictures, the movie studios eventually saw that it could be a source of quick cash. One of the first films licensed to television was The Wizard of Oz. Originally seen as a flop, the film caught the eye of CBS because it saw the film as suitable for family viewing. Families soon embraced the film and it finally achieved the success that had originally eluded it.
The film's success, however, was not shared by the cast. Produced long before profit sharing and residuals became standard contract provisions, none of the castmembers saw a nickel. Ray Bolger was often asked if he resented not making any money off of the picture. He always replied that he did not because he had gained something more valuable- immortality. Mr. Bolger was definitely right about that; long after his other roles have become forgotten, his role as the scarecrow lives on; enjoyed by countless children who don't even know his name.
at September 05, 2017